Ask a question, request a quote or check recovery status. Call us.

We are ready to help you recover your data 24 hours/day, 7 days/week!

Performance and Redundancy are what make today’s RAID systems the most sought after data storage solutions for mission critical software and databases. In fact, in today’s corporate environment, a Microsoft Exchange Server NOT hosted on at least a RAID 5 system is considered bad practice. Why take the risk? 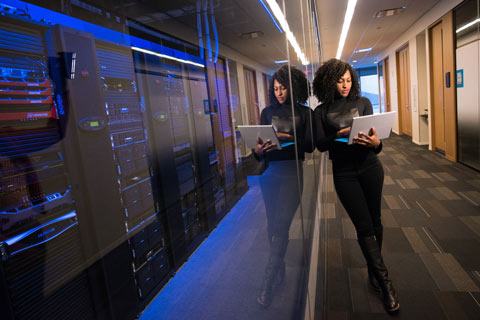 The redundancy ensures that your data is protected, while the multiple drive setup increases the speed. RAID recovery rarely becomes an issue for most people and companies. But when it does, because of the nature of the systems, it is truly critical that the right steps are taken.

A single RAID drive failure in most RAID setups (perhaps besides RAID 0, which is not considered by most to be an actual RAID setup because of its non-redundancy) is one of the most common failures which require RAID recovery, but often it is a “self recovery” situation. But because of their redundant nature, most RAID systems can continue to function seemingly as normal.

Degraded RAIDs do not usually require professional RAID recovery intervention. In fact, many software RAIDs come with utilities which will allow you to quickly add a new drive to the array to pick up the slack for the old drive with very little visible effect. Then, once the drive has been replaced in the array, the RAID system will function as normal, with full performance and backup capabilities. The trick here, as with anything, is timing. When a single drive in a RAID array fails, you should act as quickly as possible to replace it.

Most RAID 5 and higher systems are geared specifically to continue to operate when a RAID disk is lost, albeit in a “degraded” mode. In systems based on RAID 5, there have been reports of up to 65% speed degradation, while with RAID 10, as little as 6%.

Operating in degraded RAID mode is not only possible, but is a good working solution when a RAID disk drive fails. And yet, many system administrators are content to run degraded RAIDs longer than they should, which can lead to catastrophic RAID failure. Because the RAID has what is called fault tolerance redundancy, it enables the system to continue working. But because a second RAID HDD failure will destroy the RAID setup, it is best to rebuild it right away. Basically, then, if a single drive in the array fails, it is best practice to IMMEDIATELY replace that drive. Doing so will save you a lot of time and money.

Failing to repair a link in the RAID system can provide its own issues, particularly at higher RAID levels. A RAID 50, as an example, will not show very perceptible data performance loss, whereas a RAID 5 will show instant performance loss.

While on one hand this is one of the advantages of higher level RAIDs, on the other hand, the multi drive array can offer up its own particular curse. A limited loss of performance may encourage a system admin to continue to run the RAID array with a single lost drive, as the degradation “seems” unimportant. And, while somewhat true in terms of performance, the single drive loss can be easily repaired (without actually sending a drive in for RAID drive repair), simply by replacing it. So why take the risk when a silent issue continues to lurk behind the scenes? Many people do take the risk, and it ends up biting them in the end.

Be Wary Of Disk Recovery Utilities

Where some System Admins also run into problems with the single hard drive failure is when they attempt to use other non-replacement disk recovery utilities to “fix” the broken RAID disk set. Even worse, they may mistakenly “reformat”, and lose all data contained on the RAID. These situations definitely require professional RAID data recovery, and can be addressed easily if there is not too much data written over the old data. 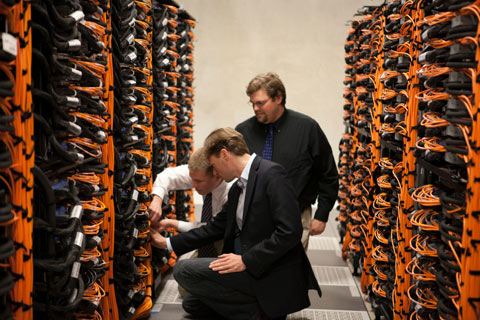 Backing Up The Array Is Critical

One of the key factors when rebuilding a RAID array is the backup that it is built from. It is always important to have a backup, but never more so than when your RAID system is rebuilding itself. If your RAID hard disks were purchased around the same time, and are of the same lot, they may all be subject to failure, mainly because of age and amount of use. So backing up all data should always be your first step when attempting a single disk RAID recovery.

The RAID rebuild process is generally a very intensive process and is likely to be hard on the drives. Therefore, backing up reduces the likelihood of a total RAID loss due to a second disk failure. Be sure that the entire RAID is imaged properly and backed up on an external device. We have seen situations where RAIDs were backed up on drives within the RAID array itself, and the resulting failure was catastrophic.

RAID hard drive failure is a difficult situation for any company to be in. Because many RAID HDD configurations are set up specifically for redundancy on mission critical applications such as Microsoft Exchange servers or Oracle database servers, restoring them can mean the difference between profit and loss for many companies. But RAID drive failure is not necessarily an emergency issue if it is handled seriously and correctly.

Hard Drive Recovery Group RAID recovery engineers are some of the most experienced in the industry today. And, HDRG is one of the few shops to offer expedited 24 hour turnaround RAID data recovery services. Our ability to drop-ship a RAID box from anywhere in the United States makes our expedited service a critical one for small companies all the way up to Fortune 500 corporations and US Government departments including all branches of the US Military.

Also, we work with all flavors of RAID array – This includes RAID systems based around Linux, Windows, Unix, Mac and other operating systems. This includes RAID controllers such as 3ware, Intel, Perc, Promise, Adaptec, Highpoint and many others. We have also worked on RAID systems from 0 up to RAID 50. Basically, if you have a RAID configuration failure, we can fix it.

Each day, we get several RAID recovery requests, each receiving the highest priority status. Our role as RAID recovery experts is not something we take lightly.

If your RAID setup has encountered serious problems such as a second drive failure or utility mishap, call us today. You’ll be glad you did.

Ask a question, request a quote or check recovery status. Call us.

We are ready to help you recover your data 24 hours/day, 7 days/week!