Hard Drive Crashes – What (NOT) To Do

The fact is, old school hard drives that are based on the spindle and platter system are incredibly susceptible to hard drive crash. It could be today, it could be tomorrow, or in five years. But when your hard drive finally does say goodnight, it usually does so with a hard drive failure, making data accessibility a major problem. 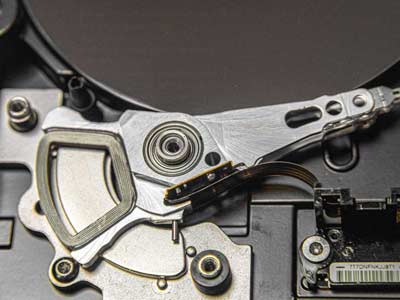 There are two different types of hard drive crash – logical, and physical. Logical hard drive crashes happen when your computer cannot read files that are contained on your hard drive platters. The hard drive often functions and sounds as it normally does, but data often cannot be read. In most cases, these kind of software errors or corrupted files can be remedied with data recovery software. It’s not a difficult process.
Physical hard drive crashes, on the other hand, have some kind of mechanical function that is now broken or cannot perform the way it did before the crash. Usually, these kinds of crashes are OK as long as the system is powered off. The actual physical failure usually tends to be the drive’s head, or the spinning mechanism, which leaves the platters which contain the data pretty clean and recoverable by a professional data recovery service like Hard Drive Recovery Group.

The first thing you do not want to do when it comes to a physical hard drive crash, is rush the process. When folks don’t have a backup, but want their data, they tend to do wild and rather self destructive things. Resist the need to “open the drive for a look-see”. Don’t assume you can do this yourself. Call a professional data recovery service and discuss your symptoms. Nine out of ten data recovery support specialists will attempt to talk you down from attempting to recover your own data.

A lot of generic messages may come up when your computer has difficulty accessing a drive because of either logical or physical reason. Sometimes, you may see a message that asks, “Would you like to Format Drive C:”, or something of that nature. This is NOT the way to fix a hard drive crash. It is instead the fastest way to delete your data before you’ve even made a recovery attempt.
Continuing Operations Can Be Dangerous To Your Data!
One of the things a lot of folks want to do when they are having difficulty getting back data due to a hard drive crash is to attempt to pick at that data with data recovery software. While there are small chances where you actually can get your files back, it is very rare, and attempting to operate a hard drive that has physically crashed can be a terrible choice.

Not Setting Up A Backup System

Hey, backup software is either cheap or free here in 2022. So if you operate a computer like most people do, with most of their main files and documents saved on to typically the “C” drive, make sure you set things up to backup at least weekly. Like it or not, data recovery prices are quite high when compared with just purchasing a new hard drive and simply restoring your data to that new hard drive.

Often, when you set up backup software, you’ll discover that most of your documents get saved to the same spot. This can make it easy to backup your important files, and also save space so that you’re not backing up useless files that will be restored when you reinstall your operating system. Either way, a backup is by far your best defense against hard drive crash – the more you do it, the safer you’ll be!