The Chinese Invasion On Apple And Amazon Servers

The world is getting smaller and smaller as technology continues to advance forward. Things that used to be a dream in the past are now our reality today. We are able to do many things that were once considered impossible several decades ago. While many of them benefits society at large, some are considered detrimental to humans in some aspects. Not only have we become addicted (and virtually slaves) of many tech gadgets but we also excessively share personal information on the web. Hackers can have access to this sensitive data and use it without your consent. 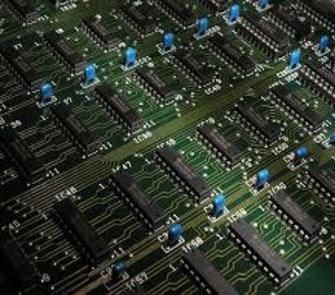 Now, there’s one juicy piece of news that you can’t afford to miss today. We all know that most products are now made in China because of cheap labor and stuff but intelligence associates recently discovered that a Chinese military team has now access to millions of data by inserting a microchip on Apple and Amazon servers based in China. These chips are barely visible to the naked eye but they hold so much power since they can’t just steal data but even remotely manipulate it. Moreover, those who planted these chips also have access to the servers where these chips are planted. Imagine having 100% access on Amazon and Apple servers. That’s just wild and a little scary too.

A Chinese military unit has been inserting tiny microchips into computer servers used by companies including Apple and Amazon that give China unprecedented backdoor access to computers and data, according to a new Bloomberg report.

The tiny chips, as small as the tip of a sharpened pencil and designed to be undetectable without specialist equipment, were implanted on to the motherboards of servers on the production line in China, the report in Bloomberg Businessweek said.

It is not new to industry insiders and even Amazon and Apple themselves denied the allegation proving otherwise that there are no such things happening in their turfs but we all know that if there’s smoke, there’s fire, right? Even the Chinese government refutes such malicious claims and reiterates the fact that they are firm supporters of cybersecurity as well.

It is mostly big talk for ordinary people and we can’t really tell for sure what is happening but it is not comforting to hear news like this because it only goes to show that if big companies with high-security precautions in place can be breached, how much more the data of ordinary individuals who know so little about what’s really happening in the world wide web.

There are two ways for spies to alter the guts of computer equipment. One, known as interdiction, consists of manipulating devices as they’re in transit from manufacturer to customer. This approach is favored by U.S. spy agencies, according to documents leaked by former National Security Agency contractor Edward Snowden. The other method involves seeding changes from the very beginning.

One country in particular has an advantage executing this kind of attack: China, which by some estimates makes 75 percent of the world’s mobile phones and 90 percent of its PCs. Still, to actually accomplish a seeding attack would mean developing a deep understanding of a product’s design, manipulating components at the factory, and ensuring that the doctored devices made it through the global logistics chain to the desired location—a feat akin to throwing a stick in the Yangtze River upstream from Shanghai and ensuring that it washes ashore in Seattle. “Having a well-done, nation-state-level hardware implant surface would be like witnessing a unicorn jumping over a rainbow,” says Joe Grand, a hardware hacker and the founder of Grand Idea Studio Inc. “Hardware is just so far off the radar, it’s almost treated like black magic.”

It may sound like its straight out of the movies but it is actually a part of our reality. By now, we are no longer as shocked by tech problems like ransomware and other malwares but this is on another level considering that it is the hardware that is now involved. In an ideal world, breaches on computer hardwares are more threatening and usually more complex than any other type of virus you may encounter on the web.

It makes perfect sense that a country like China can pull off a stunt like this because most computer and smartphone manufacturers for parts or as a whole have factories in China enabling them full access to a variety of physical products that they choose to infiltrate. These allegations are not entirely without basis so we’d likely hear more about it in the coming years as this intricate attack continues to unfold right before our very eyes.

On a smaller scale, servers are also prone to external attacks that can lead to server failures.