As a premier RAID data recovery services provider, we see a lot of failed raid drives and are distinctly aware of almost all failure causes. Although RAID arrays can solve a variety of storage problems, including speed and capacity limitations, recovering data from a failed RAID disk or multiple failed disks can be difficult, if not impossible, and some RAID layouts actually contribute to this difficulty. While being aware of this may influence your decision on which RAID level to use, failure is always a possibility, no matter how redundant a stack may be. If you are aware of when and how disaster can strike, you can take steps to prevent disk failure and increase your chances of recovering RAID data. 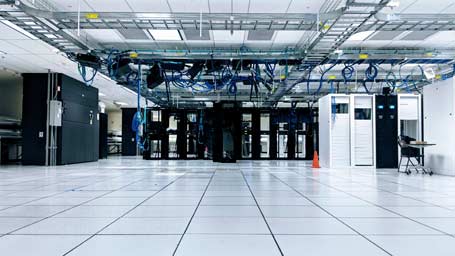 RAID failure, whether caused by a virus or another type of malware, is never something you want to see. There are times when employing powerful antivirus software and firewalls will help to keep your hardware and data safe. Using multiple backups can ensure that you don’t lose any important data as a result of ransomware.

If a number of hard drive disks fail at the same time, you can almost guarantee that the RAID system will fail. Multiple drives can fail for a variety of reasons, including software configuration, hardware incompatibility, and power surge.

The fact that a RAID failure can occur as a result of a misconfigured system setting or a registry error demonstrates how critical software can be to a RAID hardware operation. Make sure to double-check all of your settings before confirming anything. When upgrading software, you’ll want to avoid accidentally re-configuring your system, which can happen in some cases.

Partitioning can be used to reduce the amount of speed loss experienced by your RAID. RAID failure, on the other hand, can occur when the system is unable to locate a partition that it expects to find. When you have recently modified partitions, or if RAID striping has failed and corrupted the partition, this can result in that particular hard disk drive failing. Furthermore, if the system is unable to locate a partition despite the fact that it exists, total RAID failure or data loss may occur.

If you choose the wrong replacement hard drive (i.e. one that exactly matches the array’s other hard disks) for your RAID array, you could end up in serious trouble. In a similar vein, using a drive that has been improperly formatted in your setup may have negative consequences that you’d prefer not to experience. Even if your replacement appears to be compatible, rebuild errors can result in drive failure and data loss on your computer.

A software upgrade can result in data loss on rare occasions. This is especially true if upgrading the application prevents access to the RAID disk for whatever reason.

Like it or not, unintentional data deletion does happen from time to time. In most cases, a reformat will delete data even if you did not intend for it to be deleted. We’ve all heard the adage “it’s better to be safe than sorry,” so make a backup of your data before you reformat any computers.

Now that you are familiar with the different types of RAID failures that can occur, you are probably also familiar with the circumstances that those failures are more likely to occur. It is possible to experience a failure after installing new hardware or making software configuration changes, in which case you should double-check hardware compatibility and software changes before making any changes.

Failures caused by power surges can occur after a storm or other electrical event has passed through the area can be reduced by utilizing a datacenter that is equipped with enterprise-level battery and generator backup systems. Furthermore, because no drive is indestructible, it is possible that they will fail more frequently after years of continuous operation or during periods of particularly intense stress or high temperature. It is important to swap out drives every year or two for consistent operation.

Because you can never predict when a RAID failure will occur, you should always make backups of your RAID data. The use of redundant backups provides even greater protection, regardless of whether you store your data on-site, in the cloud, or on both. It may be preferable to purchase and install a new disk in order to reduce the risk of losing data and productivity; however, this can be more expensive than simply purchasing a new disk.

What Are the Chances of Recovering Data From a Failed Raid Disk?

There are times when you may need to recover your data from a RAID array or a single hard disk drive that was part of the array. Attempting to recover data on your own may be tempting in some cases, and it may be possible in others. You can work with images of the disk created by RAID recovery software, which is available for purchase or download (some of which are completely free). The recovery process, on the other hand, varies depending on the RAID layout that has failed, and for those without prior experience, there is a significant learning curve.

RAID 0 failure can occur when one or more disks fail, or when there is another type of failure that is not related to the disks themselves. In addition, because this layout is not redundant or fault tolerant, you will be unable to recover data from a failed disk. It is possible to recover data from the other drives in a raid configuration, but typically you will require the help of a professional.

It is possible for a RAID 5 to fail when one or more hard disks fail, as well as when the operator or the controller fails. You can recover data from a single failed disk in RAID 5, but not from multiple failed disks, because RAID 5 is redundant. It is possible, however, that data from the remaining disks will be accessible, and again, considering the value of the data, professional help is of course recommended.

RAID 1E failures may allow you to replace a disk and rebuild the array, or even replace multiple disks if the failed disks were not adjacent to each other, but this array layout is less common than RAID 1A setups.

DIY data recovery when you are dealing with RAID arrays can result in data loss, especially if you are unfamiliar with RAID data recovery layouts, and can even make the problem worse in the long run. It’s usually best to remove corrupted drives and delegate server data recovery to a third party, allowing you to concentrate on rebuilding your RAID and getting your system back up and running. In these situations, outsourcing your data recovery requirements is frequently the most cost-effective option.

Hard Drive Recovery Group can assist you with recovering data from either a single hard drive or an entire RAID array. For more information, please contact us right away.