Although RAID arrays can solve a variety of storage problems, including speed and capacity limitations, recovering data from a failed disk or multiple failed disks can be difficult, if not impossible, and some RAID layouts actually even contribute to this difficulty. While being aware of this may influence your decision on which RAID level to use for your organization’s critical data storage needs, it’s important to understand that RAID drive failure is always a possibility. If you are aware of when and how disaster can strike your RAID array server, you can take steps to prevent disk failure and increase your chances of recovering the RAID data if something does happen. 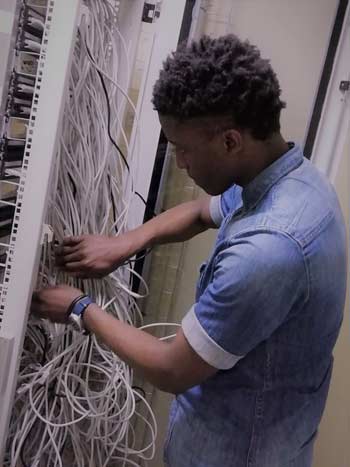 The fact that a RAID failure can occur as a result of a misconfigured system setting or a registry error demonstrates how critical software can be to any RAID array’s hardware operation. Make sure to double-check all of your settings before confirming anything when doing an upgrade or update. When upgrading software, you’ll want to avoid accidentally re-configuring your system, which can create massive problems for the array as well as the data it contains.

Electrical Surges Or Shorting Of Components

As a power surge can cause damage to a computer, a hard drive or a group of drives in a RAID array can also be damaged, resulting in the loss of important data. An unexpected power surge, on the other hand, can cause the controller to malfunction, among many other serious RAID array issues.

Even when you don’t intend to delete important data, it does happen from time to time. In most cases, a reformat will delete data even if you did not intend for it to be deleted. We’ve all heard the adage “it’s better to be safe than sorry,” so make a backup of your data before you reformat or perform any larger scale disk operation.

RAID failure, whether caused by a virus or another type of malware, is never a cheap or easy scenario to encounter. Employing powerful antivirus software and firewalls will help to keep your hardware and data safe. Use multiple backups (three – one on another machine, one on an external drive, one on the cloud) to ensure that you don’t lose any important data as a result of ransomware.

If a number of hard drive disks fail at the same time, you can almost guarantee that the RAID system will fail. As an example, with RAID 5, only one hard drive can fail before the redundancy factor is at risk for the array. Multiple drives can fail for a variety of reasons, including software configuration, hardware incompatibility, and power surge, as well as a mechanical issue.

Installing An Incorrect Replacement Drive In An Existing Array

If you choose the wrong replacement hard drive for your RAID array, you could end up in serious trouble. In a similar vein, using a drive that has been improperly formatted in your setup may have negative consequences that can be a monster of a pain for you. Even if your replacement hard disk appears to be compatible, rebuild errors can result in drive failure and data loss on your server.

Software RAID Upgrades Or Other Updates

A software upgrade can result in data loss on rare occasions. This is especially true if upgrading the application prevents access to the RAID disk for whatever reason.

Surge protection should be used to prevent controller malfunctions, which are among the most common types of data loss. This can help, but sadly RAID controllers do actually malfunction on their own. Additionally, if your RAID controller fails, your data may or may not be accessible, even if there is no damage to the hard drive platters. In more robust configurations, like RAID 5 and above, this may not be an issue, but in “performance boost RAIDs” that lack redundancy, it will be. For example, RAID 0 or ‘striping’ distributes data equally across all disks in the array, meaning that even if one disk fails, your data is lost. Fortunately, RAID 0 is almost never used in business environments, so this tends to be a consumer or “pro-sumer” issue more than anything.

If you experience any kind of RAID server issue, please call us on our toll free number at 1-866-341-4374 or contact us directly here.