Who thinks about Tape Data Recovery, anyway? When you back up your business’ important information, you do so in the hope that you will never find yourself in a situation where you will need to use the information you have saved. Let’s face it, this is just an extra precaution in case your personal hard drive or your company’s computer system happens to lose that critical data in a RAID drive failure or hard drive crash in the future. 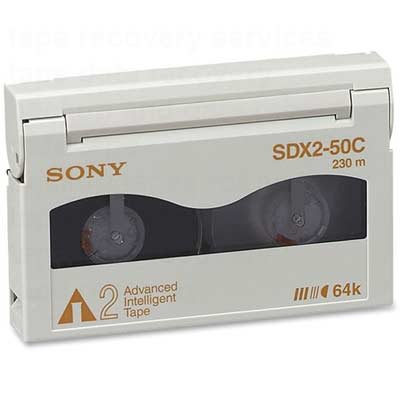 However, there is always the possibility of a worst-case scenario: the tape backup itself can fail. (The most common reason for modern-day tape backup is typically for legal reasons and data retention compliance, but there are countless other reasons and uses for these types of steady-Eddie backups as well.) Despite the fact that countless professionals from a variety of different industries rely on tape drives for backup, these backup devices are still susceptible to failure. It’s definitely not a common thing, but when it happens, and you need the data, it can feel like an emergency quickly!

Though the worst appears to be over, there is still hope — thanks to the way tape backups are created and the expertise of data recovery engineers from Hard Drive Recovery Group, it is possible to recover or restore your most important data even if the backup has failed.

What Causes Tape Backups to Fail?

Despite the fact that tape backups are dependable in a variety of ways, there are also a variety of ways in which they can fail. It is one of the most common and logical causes of tape drive failures when a single tape is used more frequently than it should be. People who repeatedly use the same backup tape without switching or rotating the particular cassette will most likely experience tape drive wear and eventual failure as the tapes wear out and fail. Another possibility is that a tape backup is being stored in an environment that is not suitable for it, such as a room that is too humid or a room that is too dry to properly protect the tape drives from damage.

If the tape is not correctly inserted or used, it is also much more likely that the backup will fail on the tape drive. This act of improper insertion, whether the device is unprepared or simply not compatible with the tape used, can also be a major cause of tape failure.

Secondly, there is always the possibility that corrupt or incorrect data will be stored on a tape drive, making it appear as though the drive has failed when in fact the tape is fine, but the data is corrupt. In any case, this phenomenon creates an impression that the tape backup has failed, and it must be addressed immediately to ensure that the data is recovered and restored as soon as possible.

What Are Tape Drives and How Do They Work?

Essentially, a tape drive is a strip of magnetic tape — think of it as a VHS or a cassette tape — that is comprised of four distinct layers: a backing layer, a binder layer, the magnetic material itself, and finally a coating layer.

When the magnetic material is wound in and out of and around the rolls, the backing provides the much-needed flexibility and strength that these drives are known for. Backing also adds a layer of security to the tape, as it prevents signals from one section of the tape from interfering with signals from another section while the tape is being stored.

The coating is responsible for protecting the magnetic material and ensuring that it remains durable for extended periods of time, thereby preventing and prolonging the wear and tear that would otherwise occur.

Backup Tapes Are Here To Stay

It may surprise you to learn that tape drives have been trusted to store data since at least the 1950s. To put it bluntly, they were initially popular because they were inexpensive, especially when compared to the costs of those early hard drives that were used (back when computers were the size of an Amazon warehouse).

Despite the passage of time, backup tape has remained the more affordable alternative to things like floppy disks and hard disk drives. With the proliferation of modern storage methods such as flash drives and the digital cloud, tape drives were forced to take a backseat in terms of availability (and cost). However, this does not imply that they have become obsolete. In fact, as you may be aware, they’re still in use in a variety of capacities today.

NDMP, or Network Data Management Protocol, is a protocol for managing data networks.
DDS, or Digital Data Storage, is an offshoot of the DAT drive that is used for data storage.
DLT/SDLT, also known as Digital Linear Tape/Super Digital Linear Tape, are two types of digital tape.
DAT, or Digital Audio Tape, is a type of audio tape that is smaller and more compact than traditional audio tape.
LTO, or Linear Tape-Open, is a tape format that was developed as an open standards alternative.
AIT, or Advanced Intelligent Tape, is a high-speed and high-capacity tape that was developed by IBM.