If you are familiar with the different types of RAID failures that can occur, you are probably also familiar with the overall maintenance tasks and periods when those failures are more likely to occur. It is possible to experience a failure after installing new hardware or making software configuration changes. This is of course why you should double-check hardware compatibility and software changes before making any changes to the disk array if you’d like to avoid RAID array failure. Failures caused by power surges can occur after a storm or other electrical event has passed through the area. This risk can be reduced by utilizing a 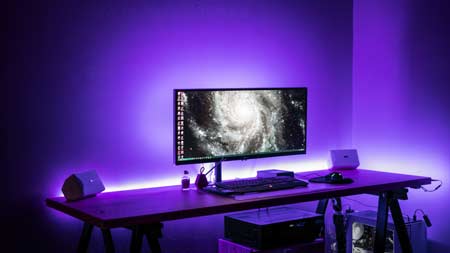 datacenter that is equipped with enterprise-level battery and generator backup systems. If you’re outsourcing your server hosting, most premium hosts will have these features as standard. Furthermore, because no RAID drive is indestructible, it is possible that they will fail more frequently after years of continuous operation or during periods of particularly intense stress or high temperature.

Because you can never exactly predict when a RAID failure will occur, you should always make backups of the data contained on the RAID array. The use of redundant backups provides even greater protection, regardless of whether you store your data on-site, in the cloud, or on both. Additionally, if you have the financial means, you should consider replacing older hard drives before they fail. Perhaps set up a schedule of one year or less, and replace hard drives when you receive a calendar alert. It may be preferable to purchase and install a new disk in order to reduce the risk of losing data and productivity; however, this can be more expensive than simply purchasing a new disk.

What Are the Chances of Recovering Data From a Failed Raid Disk?

Even so, there are times when you may need to recover your data from a RAID array. Attempting to recover data on your own may be tempting in some cases, and it may be possible in others. You can work with images of the disk created by RAID recovery software, which tends to be available for purchase or download (some of which are completely free). The recovery process, on the other hand, varies depending on the RAID array structure that has failed, and for those without prior experience, there is a significant learning curve. The high value nature of data on RAID servers means that “doing it yourself”, at least when it comes to RAID data recovery, is a dangerous idea.

It is possible for a RAID 5 to fail when one or more hard disks fail, as well as when the the controller fails. You can recover data from a single failed disk in RAID 5, but not when you have experienced multiple failed disks, because RAID 5 does feature redundancy as a key feature and benefit. It is possible, however, that data from the remaining disks will be accessible.

RAID 1E failures may allow you to replace a disk and rebuild the array, or even replace multiple disks if the failed disks were not adjacent to each other, but this array layout is less common than RAID 1A failures.

DIY data recovery can result in data loss, especially if you are unfamiliar with RAID data recovery layouts, and can even make the problem worse in the long run. You might also prefer to remove corrupted drives and delegate server data recovery to a third party, allowing you to concentrate on rebuilding your RAID and getting your system back up and running. In these situations, outsourcing your data recovery requirements is frequently the most cost-effective option.

Call Us For Server Data Recovery

Data recovery services provided by Hard Drive Recovery Group can assist you with recovering data from either a single hard drive or an entire RAID array. For more information, please contact us right away.